A Brave New World For Employers

As working patterns change, so too must businesses’ recruitment practices. Freelancers have always had a role to play in helping companies during crisis periods, but they are now more important than ever. Due to the nature of freelance work today, blockchain can be a useful way of accessing, organising, and paying for these contractors.

International companies have long integrated freelancers into their work processes, with those routinely using ad hoc workers including organisations as diverse as GoPro, Condé Nast, IBM, Wikimedia, Trello, Mozilla, and Netflix. Regardless of the sector or capitalisation, freelancers are undeniably part of the landscape of work in the 21st century.

According to a report from 2021, the total addressable market for the global gig economy is around $1.5 trillion. If freelancing was a country, its economy would be comparable to that of Brazil or South Korea. North America is the undisputed leader for freelancers, comprising almost 51% of that total market. Europe comes in second place at 29%, with Asia trailing at 11%. As the coronavirus pandemic has forced a shift in work patterns, there’s no sign of the growth of the gig economy slowing any time soon.

The Rise Of Freelancing

Hiring external contractors for one-off tasks or even ongoing work is nothing new. Temporary staffing (‘temp’) agencies arose after the Second World War to place housewives as short-term office workers. Freelancing has always been an integral part of certain careers and may even be considered a mark of quality and professionalism. This is particularly true in the creative industries, including for authors, photographers, designers and translators.

Recently, though, individuals have gained new tools to connect them with work opportunities. In the late 1990s, online freelancer hubs like Elance (now Upwork) gave professionals located anywhere in the world the ability to engage directly with businesses seeking specific skill sets, organising tasks and settling payment at the touch of a button.

American investor and inventor Marc Andreessen’s famous Wall Street Journal article of 2011, titled ‘Software is eating the world’, explored the disruptive impact of the internet and its new platforms. In many cases, 24/7 connectivity and automation have reduced workflows and delays of hours or days to just seconds, while also reducing human error.

As Andreessen writes, ‘How Netflix eviscerated Blockbuster is an old story’, and the freelance sector is another perfect example of the disruptive power of software. The gig economy is the result of software ‘eating’ the existing world of temp agencies, with their inefficient analogue processes, replacing it with a world of streamlined contract work organised with digital tools and payments. The Covid-19 pandemic has had a dramatic effect on the labour market. Companies have been forced to cut back their workforces, find efficiencies, and adopt remote work practices en masse. As the restrictions were lifted and furlough ended, it came as a surprise to many employers that a significant percentage of employees did not want to return to the office.

Some employees went even further. In Canada, one survey showed that 23% of workers would prefer to quit than be forced back into the office. 33% said they would return, but would start looking for another job. A similar survey in the UK found that 52% of employees who now combine remote and office-based work would rather quit than go back to the office full-time. A similar poll in the US found that 40% of Americans would consider leaving if their bosses didn't agree to them working from home. And a growing number of those people would be happy striking out on their own. Even before the pandemic, one report suggested that by 2023, 52 percent of the U.S. adult workforce will either be working or have worked as an independent.

Freelancing is here to stay, and freelancers, not the companies for whom they work, are in a position to call the shots. Employers have been caught on the back foot – but it’s not all bad news.

The Benefits Of Hiring Freelancers

The pandemic proved that micromanagement isn’t necessary. In addition to businesses saving on office rents and other fixed costs, productivity for remote employees increased by as much as 43%. On the other hand, it’s hard to form a tight core team composed solely of remote employees. Full-time, office-based staff have their place. For almost everything else – anything from web design to marketing, business strategy to copywriting, translation and customer support – there are freelancers. The benefits of outsourcing suitable tasks can be staggering.

The most obvious advantage is cost. Using freelancers saves on full-time salaries, targeting payment to specific and time-limited work, and saves on office rent, induction and training, vacation pay, benefits and taxes. As a result, hiring a freelancer saves roughly a third of the cost of employing someone full time.

In addition, finding the right freelancer typically only takes a day or two, and often as little as a few hours. Meanwhile, HR departments can easily spend weeks or longer to find the right full-time employee. That’s time and resources that can be much better spent.

On average, there are 2.5 times more freelancers than customers. The laws of supply and demand dictate that competition between freelancers is robust, and the best freelancers will constantly be honing their skills to ensure they remain in demand.

At the same time, those at the top end tend to be motivated, competent individuals who are used to managing their own time and consistently delivering excellence. For the companies that hire them, this means access to highly-qualified specialists providing an excellent and reliable service.

Regular employees will almost certainly have to be based in the same general area as their offices. Freelancers, though, can be literally anywhere in the world. So long as they have an internet connection, they can do the work they need to – in fact, during the pandemic, some employees returned to their home towns or even moved to warmer countries and continued working as before.

The benefit of this for companies is the ability to hire freelancers from across the entire planet, tapping a global pool of talent rather than restricting their choice to a narrow geographic location. 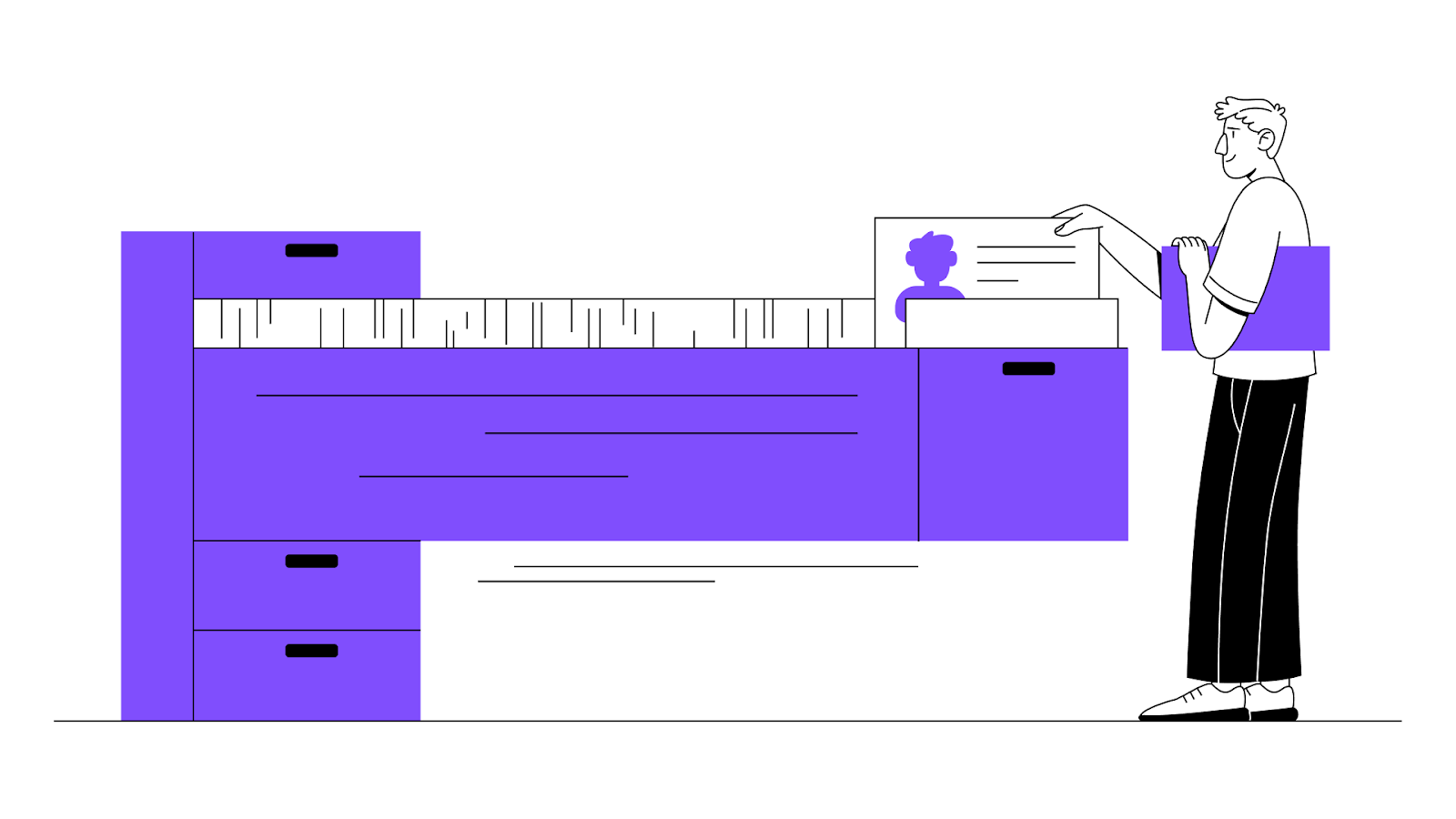 Companies hire freelancers for many different reasons. In some cases, the aim is to cover a short-term need and avoid the expense of recruiting a full-time employee. In other cases, organisations rely on freelancers over a longer period of time, sometimes establishing relationships that can last for years. The results gained from freelancers will depend heavily upon the circumstances.

From time to time, most businesses need help with activities that lie outside of their core expertise, whether that entails creating a website, publishing an article in an industry magazine, exploring their business strategy, or setting up and running an advertising campaign.

For all but the largest companies, it can be expensive to delegate these tasks to a specific in-house team, which potentially requires hiring at least one full-time specialist. These are exactly the kinds of activities that are ideally outsourced to freelancers and external teams. Often, highly experienced professionals who started out in big companies will set up their own businesses or go freelance, with the intention of expanding the range of projects they work on and increasing their earnings. Companies who seek these services may return to the same freelancers over and over again if the first job goes well, and there is mutual interest in long-term cooperation.

At the other end of the scale, businesses often need a specific service that does not need a highly-skilled employee. Retailers frequently hire temporary staff to ensure their shelves and displays are stocked, for example. Digitalisation and automation is making it easier to hire workers on a project basis. A high degree of flexibility for workers and employees is characteristic of this kind of arrangement.

Ambitious companies often want to experiment with new business activities, with customer management and support processes being a common example. These projects require a detailed strategy, and a team that needs to be carefully trained and monitored. If early tests suggest such a service will be profitable, it will be incorporated into the company’s day-to-day operations.

However, there is always the possibility that the new division will turn out to be unprofitable or unsuccessful. If a whole new team has been hired to run the project, their dismissal can be costly and problematic. The risks of trying out a new venture can be mitigated by engaging an external group on a contract basis. If successful, a team can be hired and trained to continue on a full-time basis; if not, there are no obligations to the contractor beyond the pre-agreed fee.

The Benefits Of Blockchain For Employers 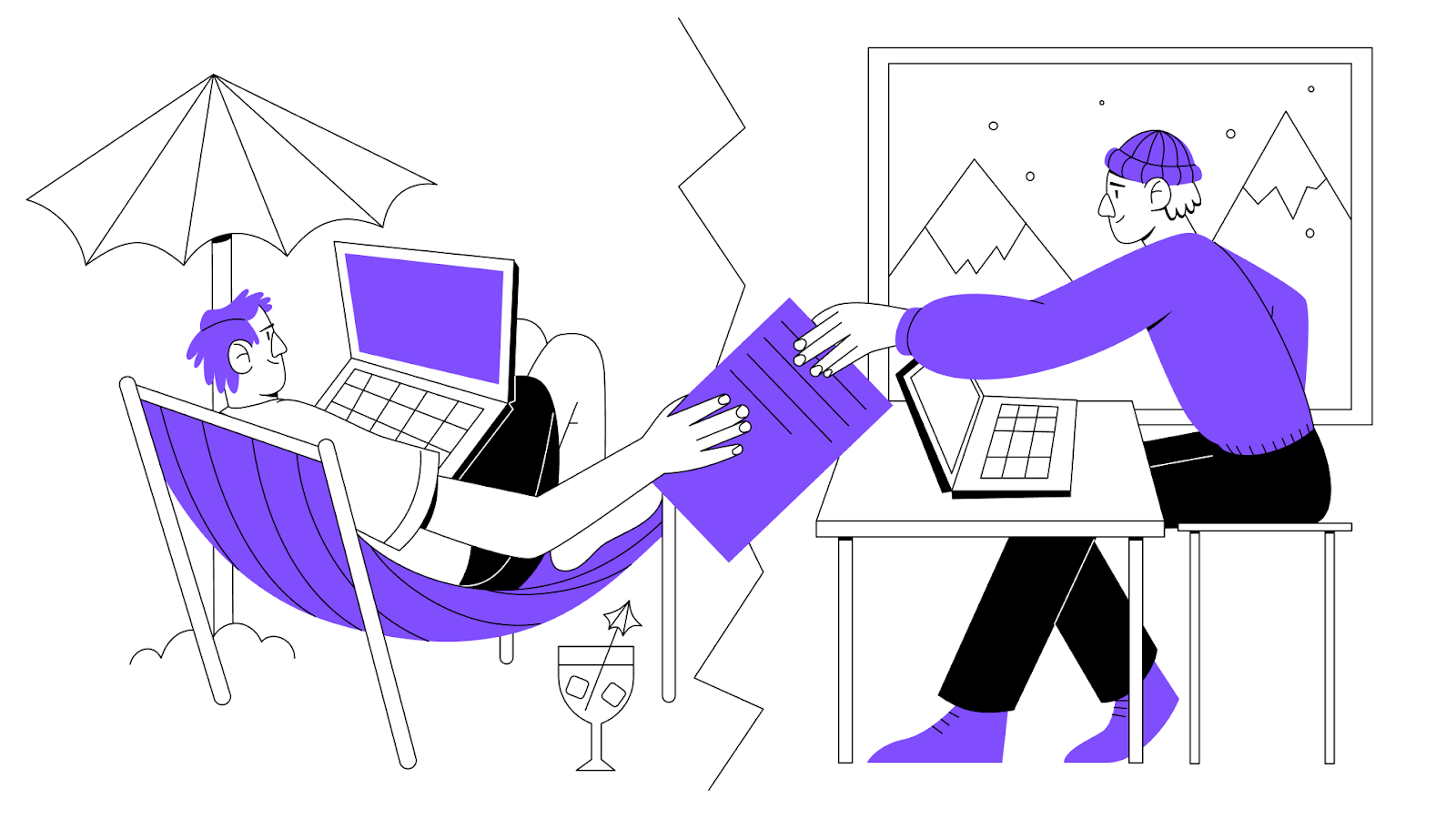 Businesses face the dual challenges of transitioning their HR processes to the realities of the gig economy, and finding qualified freelancers capable of completing the required tasks on-time and to the necessary quality. While this is true of all businesses, those that operate in the field of IT, blockchain and Web3 are in a strong position to take advantage of new freelance platforms built on the blockchain and leveraging cryptocurrency payments. These platforms have several material advantages over their centralised counterparts.

Web3 services operate on a different paradigm to Web2. Transparency, openness and user sovereignty are core properties of public blockchains. Most conventional recruitment and freelancer sites suffer from the same problems as other Web2 platforms: they have various human and technical single points of failure. They may offer inadequate protection for customers’ funds and personal data, and have opaque and unfair dispute resolution processes.

As a freelance platform hosted on the blockchain, LaborX enables users to organise jobs via smart contract-based agreements, which escrow funds and specify key work objectives. A decentralised reputation system protects both freelancers and employers, ensuring for both parties that the people they choose to work with are honest and competent.

To avoid the problem of non-payment, customer funds are locked on LaborX before the freelancer begins work. Payment is automatically made upon agreed completion (or, in the event of a problem, held until mediation occurs). Jobs can be broken down into tasks, with part-payment happening at each milestone, again reducing risk for both parties.

Arguably the biggest advantage of cryptocurrency is the possibility of fast, efficient, international transfers. Compared to the legacy banking system, crypto transactions are practically frictionless. Payment processors for traditional freelancing platforms typically charge high fees, on top of the platform’s own commission, and do not cater to users in certain jurisdictions. Users without bank accounts are excluded.

LaborX allows customers to work with literally any freelancer who has an internet connection, and settle payment in dozens of different cryptocurrencies and tokens via the Ethereum mainnet, Polygon and Binance Smart Chain networks.

As a blockchain-based platform, LaborX has a strong emphasis on Web3 talent. One of the most active areas for recruitment is the field of blockchain application development and auxiliary services, including design and marketing. Due to the shortage of suitable talent, companies often struggle to hire full-time employees in these fields.

The labour market and recruitment landscape are changing fast, with the coronavirus pandemic accelerating existing trends towards remote and freelance work. This presents a significant challenge to companies that are used to maintaining physical offices staffed with full-time employees.

In our opinion, however, companies that embrace the new paradigm and are prepared to be flexible have an opportunity to gain a competitive edge, reducing costs across the board and increasing efficiency while simultaneously accessing the best talent and improving the quality of their products and services. A smart approach will likely include a core team of permanent staff but integrate freelancers and contracted teams wherever possible.

LaborX has brought together some of the top specialists from all over the world, and removed the frictions inherent in traditional freelance platforms. Our community is growing rapidly, with over 50,000 freelancers offering a wide range of gigs and services.

Find out more at www.LaborX.com