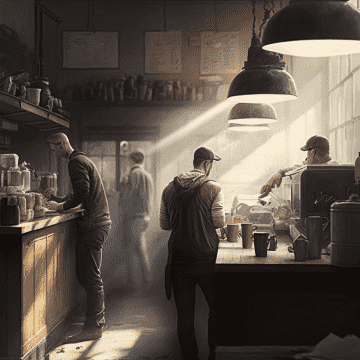 The Daily Labs development team is looking for new testers for our games . Join us and get the opportunity to work on a permanent basis. A very large number of games, so everyone is welcome.

We all love to play games! I'm looking for a team of users to test the game! For this you will be able to receive from $50 to $100 per day! This can be a part time job for you if you are still studying or you don't have enough money. If you succeed, then in the future we will take to our team on an ongoing basis.

I'm in search of professional game developer for a game developer to help create a unique a massively multiplayer online role-playing game (MMORPG). Similar to WoW. Like other MMORPGs, the game allows players to create a character avatar and explore an open game world in third- or first-person view, exploring the landscape, fighting various monsters, completing “Missions”, and interacting with non-player characters (NPCs) or other players. The game encourages players to work together to complete missions, enter new worlds and engage in player versus player (PvP) combat, however the game can also be played solo without interacting with others. The game primarily focuses on character progression, in which players earn experience points to level up their character to make them more powerful and buy and sell items using in-game currency to acquire better equipment, among other game systems. To enter the game, the player must select a server, referred to in-game as a 'world space'. Each world space acts as an individual copy of the game world and falls into one of two categories. Available world space types are: • Normal – a regular type world space where the gameplay is mostly focused on defeating aliens and completing missions, with player-versus-player fights and any roleplay are optional. • RP (roleplay) – which works the same way as a "Normal" world space, but focuses on players roleplaying in-character. • Implement the "Watcher Mode" option, which allows any player (of level 20 and higher) on any server to determine whether they want to actively participate in PvP(player vrs player) combat or not. A watcher can massively influence the outcome based on who they want to assist. A good candidate will have a great imagination and be able to create the necessary graphics too

I need a ready p2e game that you can reskin it, Please send the game link so I can check

I need a ready Web3 Crash(blast, rocket) casino game, Please send the game link so I can check

I need a ready crash game for users to play with our bsc token.

Are you Looking for Professional NFT metarverse Game Developer that can help you to Convert you own idea or Game thats already develop similar to you own idea, if yes? Search no more cause I am a Professional that can help you to Convert your idea and bring it to realityfor you.I have over 6 years of experience in this aspect of service and I can assure you the best service as I have a team of developers in which we work hand in hand to create a successful job for our clients. kindly inbox me regarding any project of yours
THANKS!!

We would like to develop a simple P2E game for our Ape NFT project, any idea of the price and how long it will take? What are the options?